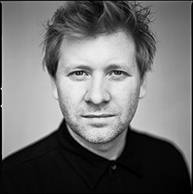 
Tim’s work has been honored by every major national and international design competition and is included in the permanent collections of several museums in Europe and the United States. He is a judge for design competitions and speaks at universities, conferences and events on the value of design in business. Tim teaches design and typography in the Visual Communications Program at the School of the Art Institute of Chicago (SAIC). He also served for three years as President of AIGA Chicago.